I’m super proud to say that Denied is featured on Spotify’s Developer Showcast. Which means there’s this cool page that lists a few apps that use Spotify’s developer interface and DENIED IS ON IT! 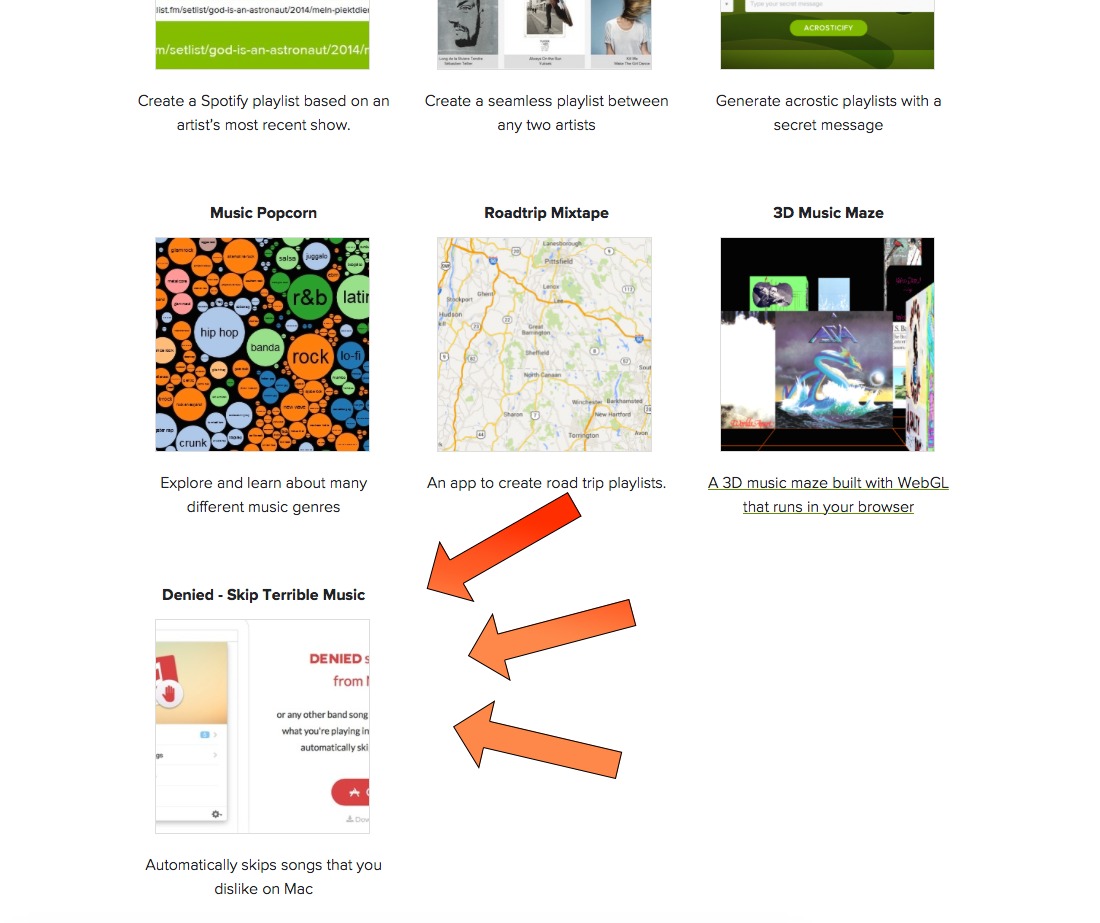 The developer showcast highlights apps that use one or more of Spotify’s methods to control the desktop app or retrieve information from their immense song database. Denied uses AppleScript to control the OS X desktop app and uses the database to check for songs that contain explicit lyrics. 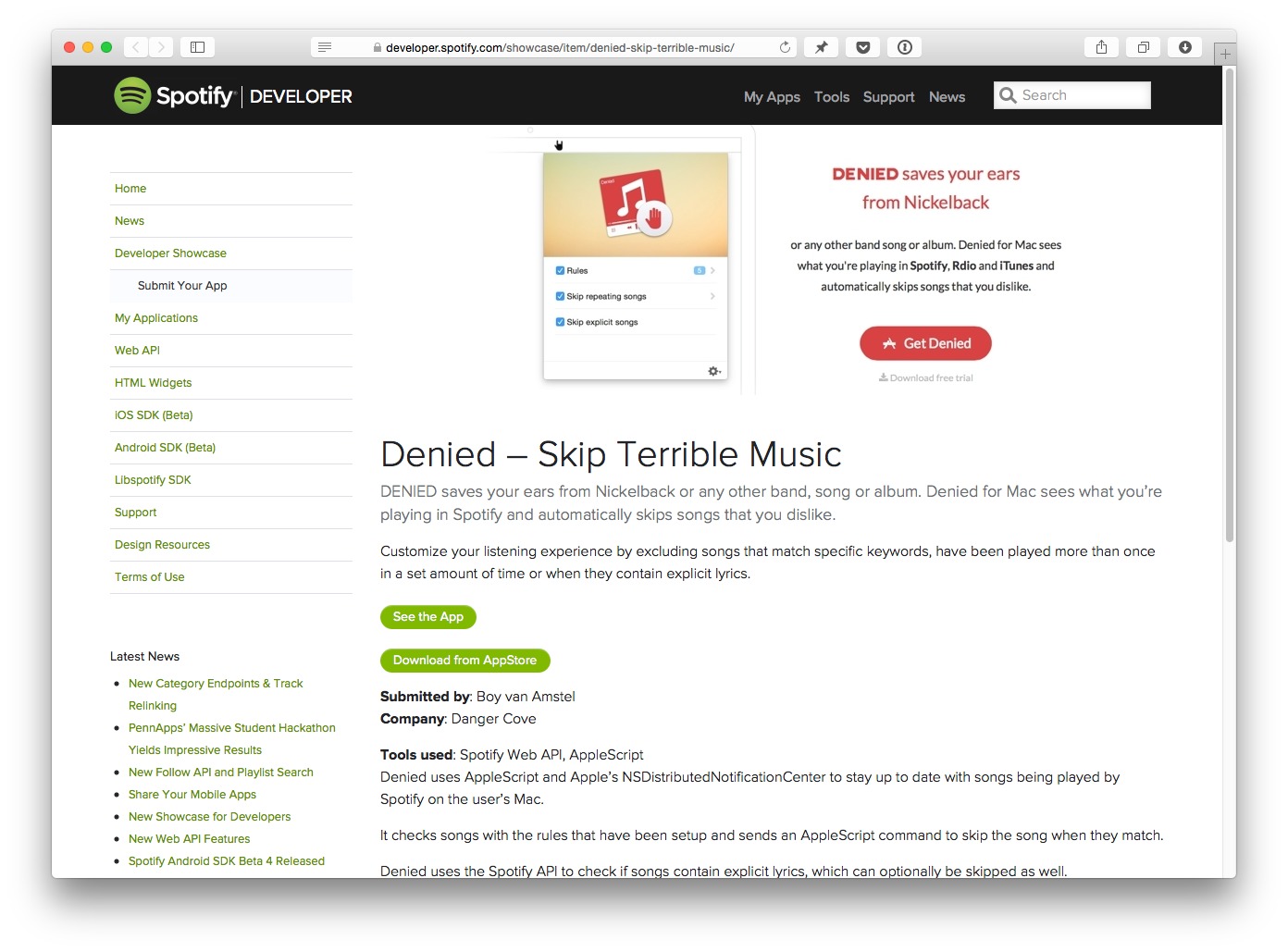 Simon Blake on Product Hunt showed me this bit from Wayne’s World that didn’t actually inspire the name ‘Denied’, but totally could have:

This is so cool! Denied is currently being featured on Product Hunt and has an article on Lifehacker! 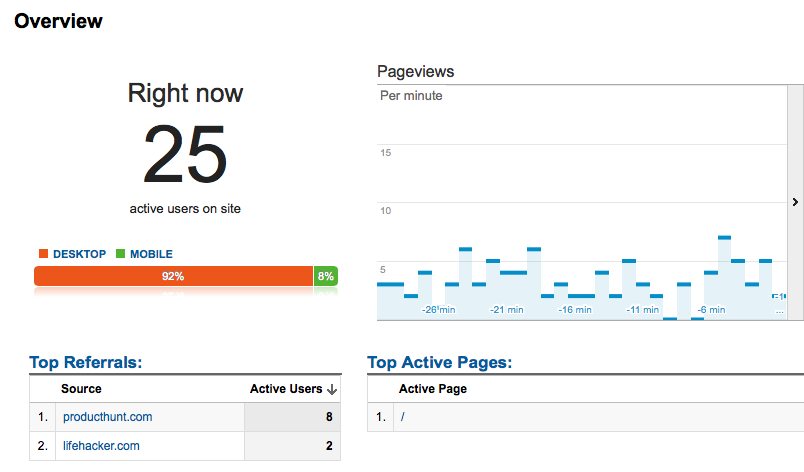 Denied actually stayed in the top 5 products on the Product Hunt homepage for most of the day, gathering 85 upvotes in total and increasing the amount of downloads quite a bit. I’m even more content with the comments that were added.

Marc Köhlbrugge, who has been running Denied since it appeared on Beta List, said this:

Been using this for a while now. I listen to a lot of hiphop which often contains skits which can be a little annoying at times. Denied makes it super easy to automatically skip them.

Super smart. I’ve also heard people using Denied to skip live-sessions in the same way. If you have figured out other clever ways to make Denied do great things, let me know!