Since the first Beta of macOS 10.15 Catalina became available on June 6th, I’ve been working on adding support for the new Music app that will replace iTunes to Denied.

A bug in the new operating system made this less than trivial unfortunately. Every time Denied tries to retrieve the title of the current track, it gets an error. After waiting nine beta releases for Apple to address the issue, I decided to ship an update that works around the issue.

This means that Denied version 1.7 with preliminary support for Catalina’s Music app is now available for download. 🚀

I say preliminary because it focusses on skipping tracks through one of the familiar filters. There is a known issue that prevents Denied from grabbing the track information when the app first launches and before Music.app was set to play, pause, skip to the next or previous track. As soon as Apple resolves the issue it should work exactly like it did on previous versions of macOS. 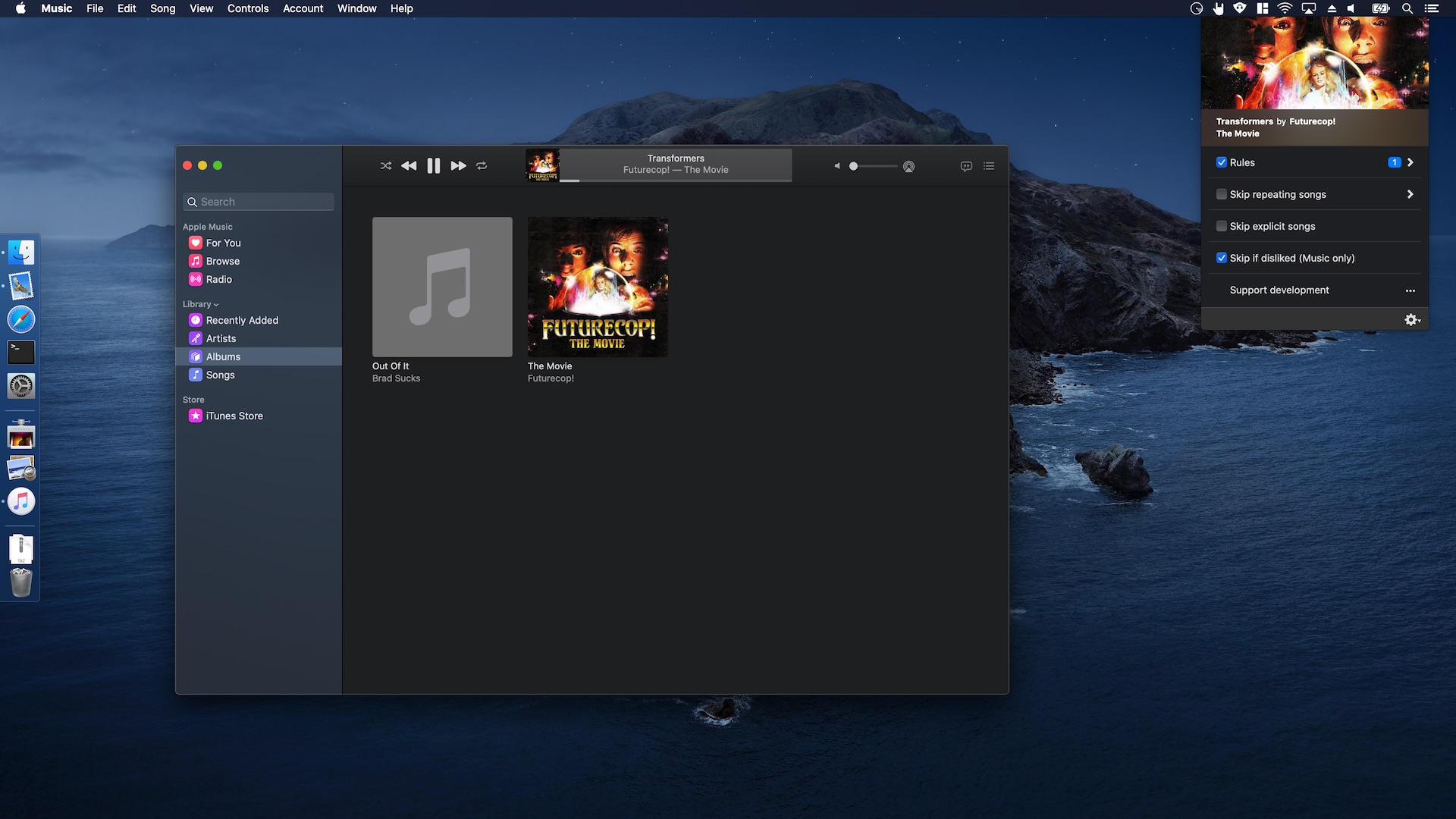 Here’s a complete list of changes I made. It’s a pretty huge update!

👆 Apple rejects apps that mention the name of apps and macOS versions that haven’t been released yet, hence the vague mention of what this update actually introduces.